History of our Land Base

The ownership history of the lands managed by Seven Islands Land Company begins in 1841 with David Pingree. Maine had recently become a state, having previously been part of Massachusetts. The area that is now Northern Maine had been divided into six-mile square townships and was being sold at auction. Groups of people pooled their resources and purchased land to be held “in-common-and-undivided”, a form of ownership which spread the risk of natural disaster so that no single owner would be ruined by a disastrous fire or outbreak of insect or disease.

Around the turn of the twentieth century, some of the traditional family ownerships were sold to corporations who used the land to supply lumber to paper mills. The Pingree family maintained its ownership and became “in-common-and-undivided” partners with these corporations. Over the decades, the family’s conservative approach to forest management began to conflict with some of the corporate objectives. The family orchestrated a separation of ownerships during the 1960s, 70s, and 80s until it had consolidated the ownership in 100% owned blocks, all under central management. From over two million acres of joint ownership, there emerged just under one million acres owned outright. 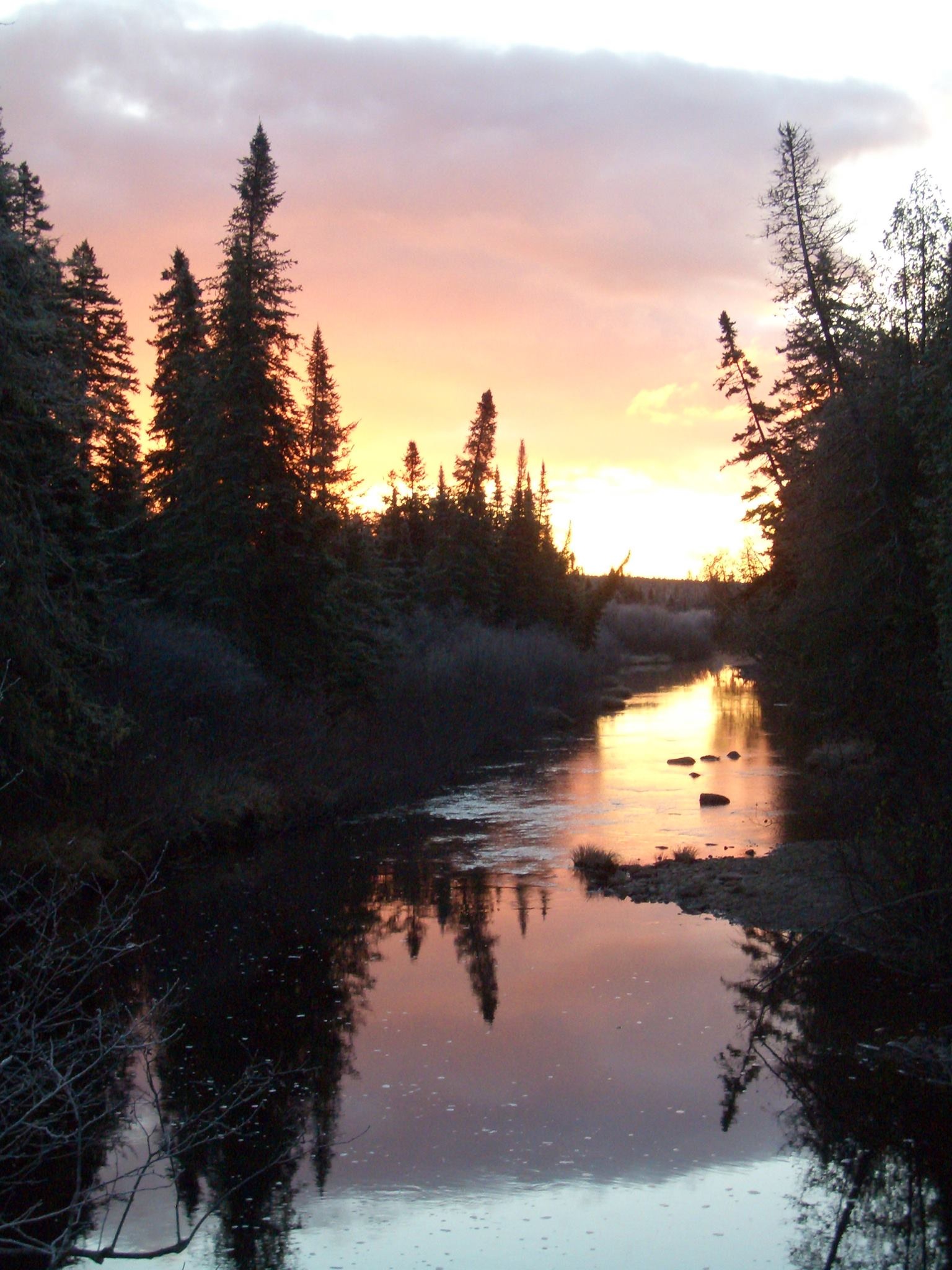 The Pingree family formed Seven Islands Land Company in 1964 to professionalize management of the land. The name comes from at least three separate clusters of islands on different rivers all within the ownership. The best known of these was, in river driving days, a major logging depot and farm on the St. John River.

Since long before anyone became concerned about the destruction of rain forests, the heavy cutting in the Pacific Northwest, or the loss of habitat for endangered species, family representatives and Seven Islands Land Company have been managing the forests “naturally.” All land management decisions had to favorably satisfy the question, “Is it good for the land?”. Management and harvest activities seek to emulate natural forest processes. Emphasis is placed on enduring values such as health of the land, timber quality, and ecosystem integrity. This has been made easier by close adherence to the conservative philosophy of the owners.

In the early 1990s, as controversy over timber harvesting practices grew all over the world, Seven Islands’ management team became progressively frustrated by the rapidly growing public perception that all forest management practices were environmentally unsound. The managers knew that their approach to forestry was sound but had no tangible way to distinguish their practices from others in the eyes of the public. They thought about trying to market their wood as a “green” product but could not find a practical way of proving that their wood was different from anyone else’s. In 1993, management read a magazine article that referenced “certified” environmental products. The article referred to SCS (Scientific Certification Systems) as one of the world’s leading certifiers of environmental “green” claims made by industry.

SCS, it turned out, had a special forest conservation program concentrating in forest management and the certification of well-managed forests. After much consideration, Seven Islands decided to undergo an assessment of the company’s forest management practices. At the very least the assessment would be a worthwhile internal audit – a critical review by an independent party.

A team of experts representing three different scientific disciplines conducted an in-depth study during the summer and fall of 1993. The team independently chose over sixty sites for field investigation. They examined historic harvesting records and prospective management plans. Since good forest management is not limited to the forest, the team also evaluated Seven Islands’ relationships with its employees, customers, contractors, and the communities influenced by its operations. All criteria were given a quantitative score and factored by a weight multiplier and then totaled to arrive at three final scores. The evaluation encompassed three basic areas: 1) the sustainability of the forest resource, 2) maintenance of the health of the ecosystem, and 3) community benefits and financial considerations. Seven Islands scored sufficiently high to pass in all three categories and thus was certified as a ‘Well-Managed Forest’. In its final report the evaluation team stated that it was “favorably impressed by Seven Islands’ management program and the integration of wildlife and general forest ecosystem considerations into that program.”

With that report, Seven Islands became the largest certified forest in the northern hemisphere. Seven Islands’ lands have since undergone annual audits and re-certifications. In 1995, Seven Islands’ ‘Well-Managed Forest’ label transitioned under the Forest Stewardship Council®’s certificate and is known today as FSC® certified (License Code: FSC-C005658). Additionally, in 1999, the lands were certified by the Sustainable Forestry Initiative® (SFI®) becoming one of a few dual-certified forests of the time. Since then, SFI® has evolved to the largest certification program in the US when measured by acres certified to their standard. Certification is one way of demonstrating Seven Islands’ commitment to the forest’s future and to the region overall.

Today, Seven Islands’ management can be described as focusing on what is left for the future, rather than on what is taken today. Timber from Seven Islands’ land is sold to regional, independent mills, many of which are family-owned enterprises (Maine Woods Company and Portage Wood Products included). Many of the mill and harvesting contractor relationships go back several generations. Current harvest levels have been calculated as sustainable for the next two hundred years and beyond.

In 1990, the Pingree family deeded over 5,000 acres to the Nature Conservancy for the Big Reed Forest Reserve. In 2001, the family partnered with the New England Forestry Foundation to protect approximately 80 percent of the Pingree forest from development through a conservation easement, while continuing the focus on keeping the timberlands productive. Seven Islands has also pioneered cooperative management agreements with the State of Maine and other landowners to protect valuable wildlife habitat such as deeryards, heron rookeries, falcon and eagle nesting sites, and unique natural areas for rare and endangered species such as the Furbish lousewort. Seven Islands supports and encourages research projects such as the Manomet Observatory’s study of migratory bird populations in selectively managed forests. Pingree forest lands are open to the public for traditional recreational use.

History of the Manufacturing Division of Seven Islands

Northern Maine has seen a shift from the predominant softwood economy of the last three decades to hardwood pulp chips, lumber, and value added products. Prior to 1998, no major hardwood lumber mill or chipping facility operated north of Millinocket with the exception of the Houlton Chip Plant. Hardwood logs traditionally went to Canada to be processed. In 1998, Maine Woods Company LLC was started by members of the Pingree Family who desired to manufacture hardwood lumber in Northern Maine, utilizing the hardwood logs harvested from their lands. A state-of-the-art hardwood lumber mill was built in 1999 in Portage, Maine. The goals of establishing the mill were to vertically integrate it with the family’s 800,000 acre timberland ownerships located in the state, as well as to manufacture high quality hardwood lumber.

In the beginning, Maine Woods Company employed approximately 40 employees and produced 40,000 board feet of lumber per shift. Today, the complex employs 65 workers and produces over 80,000 board feet of hardwood lumber per shift. Approximately 60% of the total production is kiln dried to customer specifications and further processed as required by the customer. The current annual lumber production is 15 million board feet on a single shift basis, positioning the mill in the top 10 hardwood lumber mills in the U.S. All lumber is certified sustainable by the Forest Stewardship Council®. 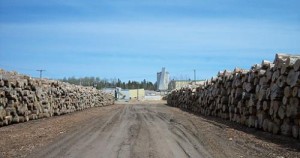 At approximately the same time the mill was built, Georgia Pacific acquired leasing rights and built a hardwood chipping facility on the former Great Northern site in Portage, across from Maine Woods Company. When GP sold their Woodland mill to Domtar and closed their Old Town mill, the company had no need for the Portage Chip Plant and shut it down. In 2006, the Pingree family acquired the facility and integrated it with Maine Woods Company. The pulp chip market for the plant has been diversified to minimize risk associated with the current pulp and paper markets. Today the chip plant produces over 300,000 tons of chips each year.

MooseWood Millworks is the latest acquisition by Seven Islands, purchased in June 2012 from Kelly Lumber in Ashland, ME. The mill consists of breakdown, moulding, and warehouse buildings, kilns, and a new biomass boiler. MooseWood currently employs 29 workers and produces over 1.5 million square feet of flooring each year. Sales of flooring average over 1.6 million square feet each year. MooseWood helps to further support management initiatives and provide stable hardwood markets for Seven Islands and is highly integrated with MWC, which supplies low grade lumber to MooseWood to produce flooring.

The Portage and Ashland sites are an excellent — and perhaps the only example — of a fully integrated hardwood manufacturing complex in the Northeastern U.S. Drawing from over 5 million acres of timberlands via an off-road network, the mills are well positioned to support the regional hardwood forest, utilizing over 140,000 cords of hardwood per year.